The One Delisle Avenue Condos is an upcoming mixed-use condominium development in Toronto by SLATE. This project is currently in its pre-construction phase and will be located at 1 Delisle Avenue on the north-west corner of Yonge Street and St Clair Avenue in the Deer Park neighborhood. This development has been designed by one of the world’s foremost architectural firms and has already been termed as an “architectural icon” by the Globe & Mail. The One Delisle Avenue Condos features an innovative exterior that begins with an angular base and becomes rounded as it tapers towards the sky. This building has been pieced together with a recurring hexagonal honeycomb pattern that gently morphs as it spirals upwards, which emulates the organic growth pattern in plants. The development of this project is sure to put the intersection of St Clair and Yonge on the map and has already been hailed as a “powerful and beautiful addition to the skyline” along with a “very striking piece of architecture” by none other than the city’s very own Design Review Panel. Transfixed by its juxtaposition between forms, passing pedestrians are sure to enjoy an enhanced public realm from the building’s extra-widened sidewalk, which will make for a more inviting, walkable neighborhood. And, with a two-storey podium that will retain an existing 1929 art deco facade, this development will help invigorate the neighborhood with 1,558 square meters of commercial space, likely to be occupied by exciting retail outlets and upmarket eateries. The mastermind behind the design and architect of this development is Studio Gang. Led by American architect Jeanne Gang, Studio Gang has already become internationally-known for trailblazing design work that reconfigures architecture into a way that allows people to connect socially, experimentally, and intellectually. Studio Gang has already won several awards for their unprecedented architectural designs and Jeanna Gang herself has been recognized by Time Magazine as the world’s most influential architect of 2019. She is the only person in her field to be included in the Time 100 for 2019.
This 48-storey condominium tower will consist of a total of 263 residential units which will have 42 one bedroom units, 54 one bedroom with den units, 141 two bedroom units and 25 three bedroom units. The building will also consist of 1,372 square meters of indoor amenities that will include a pet wash area on the ground floor along with 532 square meters of outdoor amenities which can be found on the second floor. Besides the amenities, there will also be a four-level underground parking space that can accommodate vehicles for 108 residents along with 9 visitors. Out of these 24 parking spots are equipped with electric charging facilities. This condo development will also provide 317 bicycle parking space for residents along with 11 bicycle parking space for retail purposes. Besides the retail space on the ground level, this development also looks to offer several improvements that can be enjoyed by the community as a whole. Set to be expanded by 50 percent, the adjoining Delisle Street Parkette will be redesigned by landscaping architectural firm Janet Rosenberg + Studio. This development will also create a new pedestrian passageway through the block and introduce a public art installation to the site. This development also intends to pursue sustainability and resilience, which is measured through efficient design and exploration of a block-wide district energy system, which is culminating in efforts that aims to exceed Tier 2 of the Toronto Green Standards

Located in Midtown Toronto’s heart, Deer Park is one of the most happening neighborhoods in the city. The neighborhood has lots of amenities and as such you can always get what you want or need even if way past normal hours. Not only is this neighborhood a great place to live, it is also an amazing place for work and play as well. One of the main USPs of this neighborhood is the availability of multiple transit options. Condos make up most of the real estate properties here and as such you have multiple properties to choose from. The area is also home to some prominent commercial buildings giving you the opportunity to walk to work and save money on transportation. The central location of the neighborhood also promotes hassle-free travel by car. The neighborhood has an urban feel even while being amidst a city. One of the main attractions in the neighborhood is the David A Belfour Park where you can also find the famous Rosehill Reservoir. This park is one of the most treasured green spaces in Toronto. There is a reflecting pool of four acres within this park which is lined with cobblestones. There is also a waterfall and a small bridge which is adjacent to this. This is one the places in Toronto where you can come and relax and enjoy the greenery just to escape from the concrete jungle. Deer Park also has some of the best eating places including ‘Holy Chuck’ who make the best burgers in Toronto. The neighborhood is also a great destination for night outs and parties. Deer Park is one of the most sought-after neighborhoods in Toronto, thanks to its amazing transit options. It features the St Clair Subway station along with the Davisville Subway Station under its umbrella on either side of the neighborhood making it highly convenient for its residents to use. It also has several TTC buses as well as streetcar services that run through the area. The other reason for the locality being popular is its location. Deer Park is centrally located in the heart of Midtown Toronto and features several commercial buildings. Most professionals working here can simply walk to work and save up on time and money. Condos are very popular in the area and investing here in one not only proves as a good source of monthly income but also can be profitable for you owing to its location. The Yonge and St Clair intersection in Toronto is a vibrant midtown community that comprises high-rises, low rises and dense green spaces. The area also has an abundance of shopping options along with a wide range of restaurants, making it an ideal place to call home. This intersection is also served well by public transportation, which allows its residents to travel to any part of the city effortlessly. The Yonge and St Clair intersection features an excellent walk score of 95/100, indicating that majority of your daily errands can be accomplished on foot. There are amenities available all around and it does not require a car to obtain them. A few steps away from your house and you are in the middle of everything you need. This intersection also comes with a transit score of 89/100, ensuring that the area is served well by public transportation. Both Yonge and St Clair are served well by street level transit, and this intersection is home to the St Clair Station. This station connects commuters on the northeast side of the Toronto Transit Commission’s Yonge-University Line. The St Clair station is just 3 stops away from the Bloor-Yonge Station, which is the central station where commuters can switch to the Bloor-Danforth Line 2. It is also just 2 stops away from Eglinton Station, which will soon become the next major transit hub in the Greater Toronto Area. The area around this intersection also features excellent job opportunities nearby, making it a highly desirable place for professionals and at the same time providing investors with an opportunity.

The One Delisle Avenue is a transit-oriented development and provides easy access to a number of nearby public transportation options. The St Clair Toronto Transit Commission Station just beside the development provides easy access to the Line 1 Subway, which allows residents to commute to the Union Station in just under 17 minutes. Conversely, the locals here can also make easy crosstown trips using the St Clair Streetcar services that reach St Clair West Station in just 10 minutes. The nearby Line 5 Eglinton LRT line is also set to begin operations in 2021, which will further help in improving the overall transit score of the area which is currently at 87/100. This is one of the most anticipated projects, which in turn will make the Eglinton Station a major transit hub. Once completed, this new light rail transit will run along Eglinton Avenue and provide rapid public transit to North as well as Midtown Toronto in the process. With St Clair Station located in between these two transit hubs, you have the access to travel in any direction. Besides an excellent transit system, there will also be development and growth in the area. 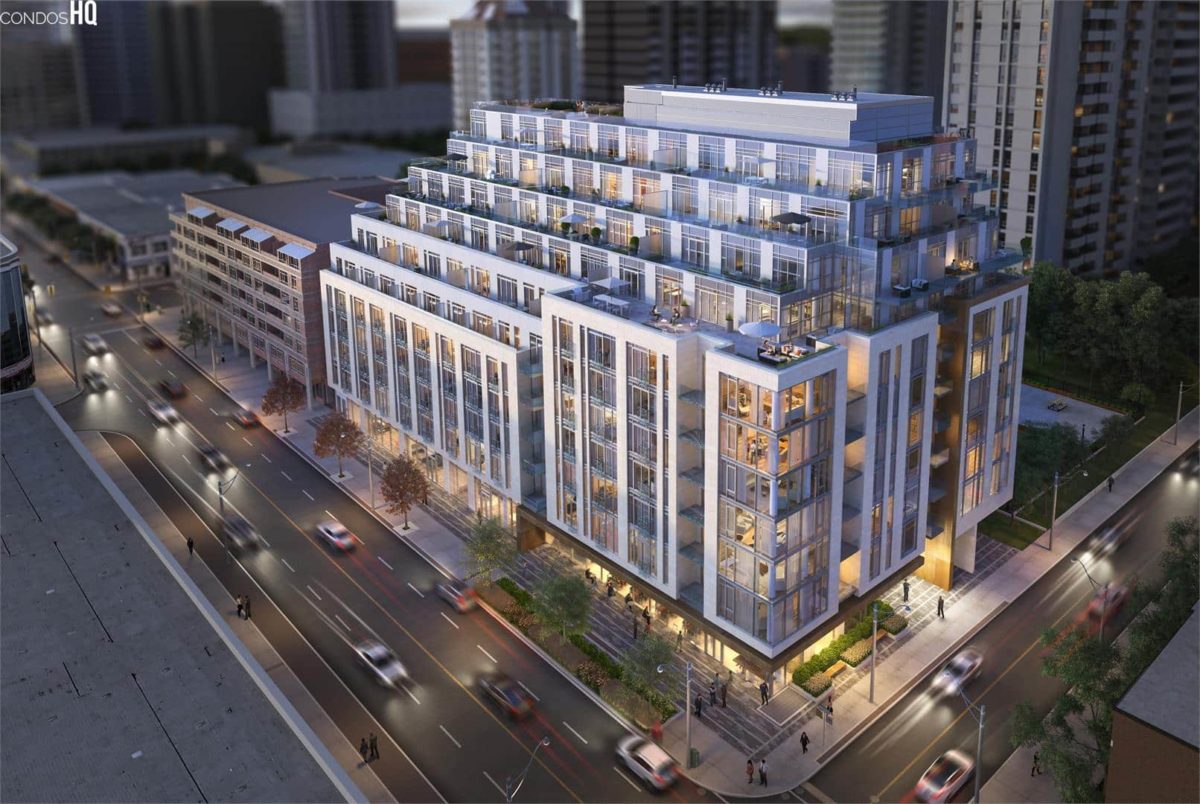 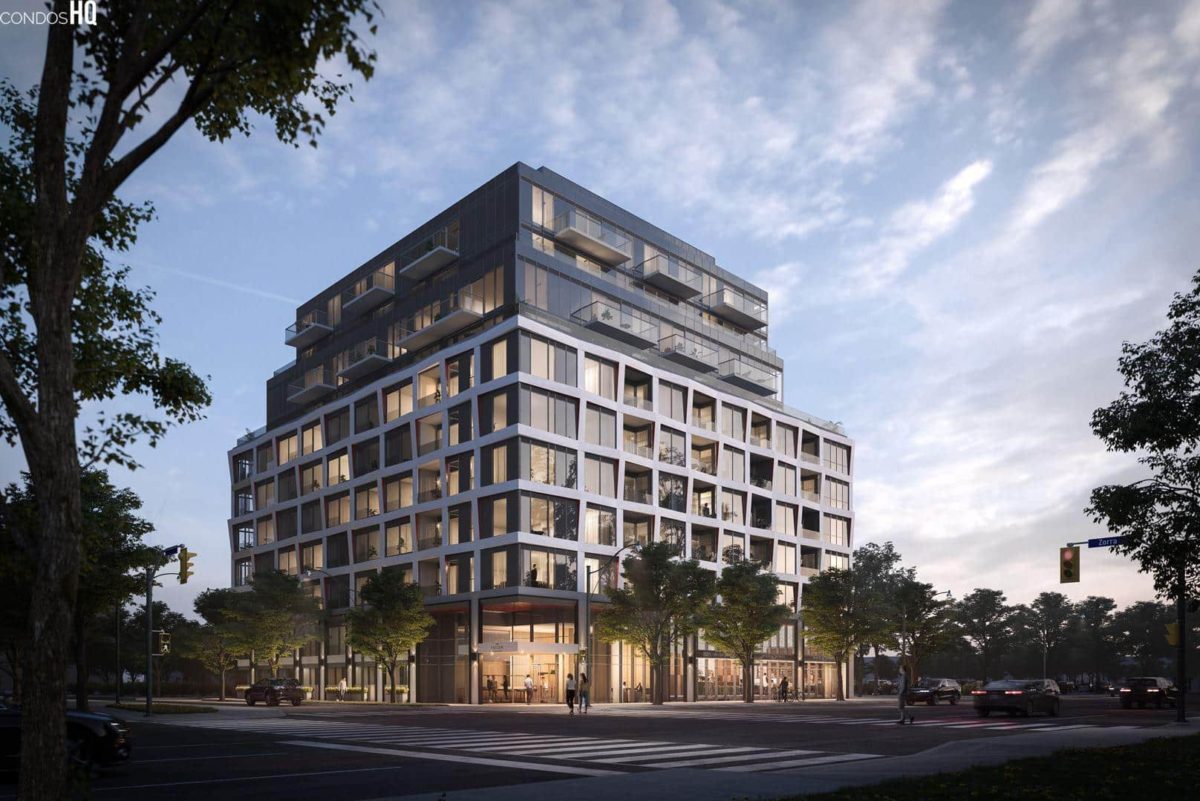 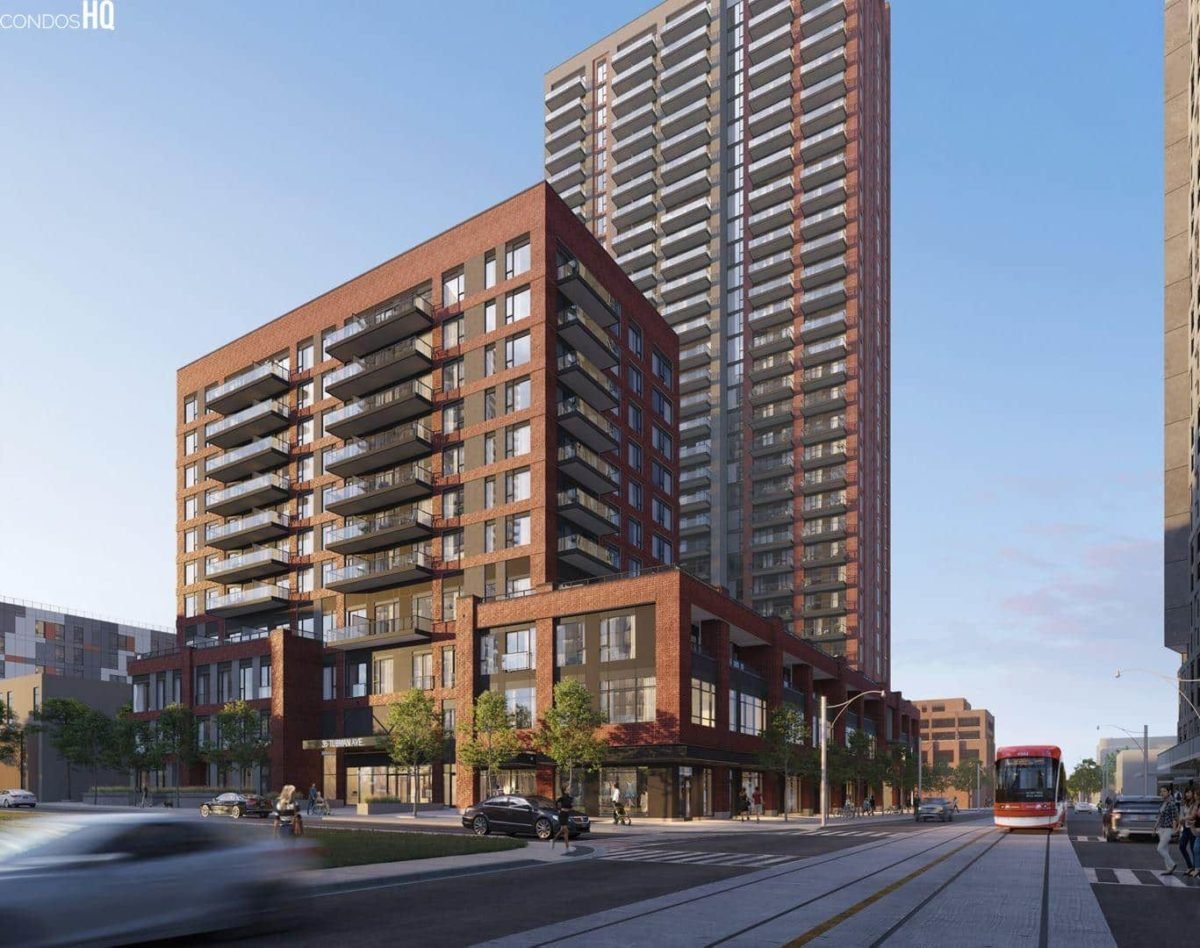 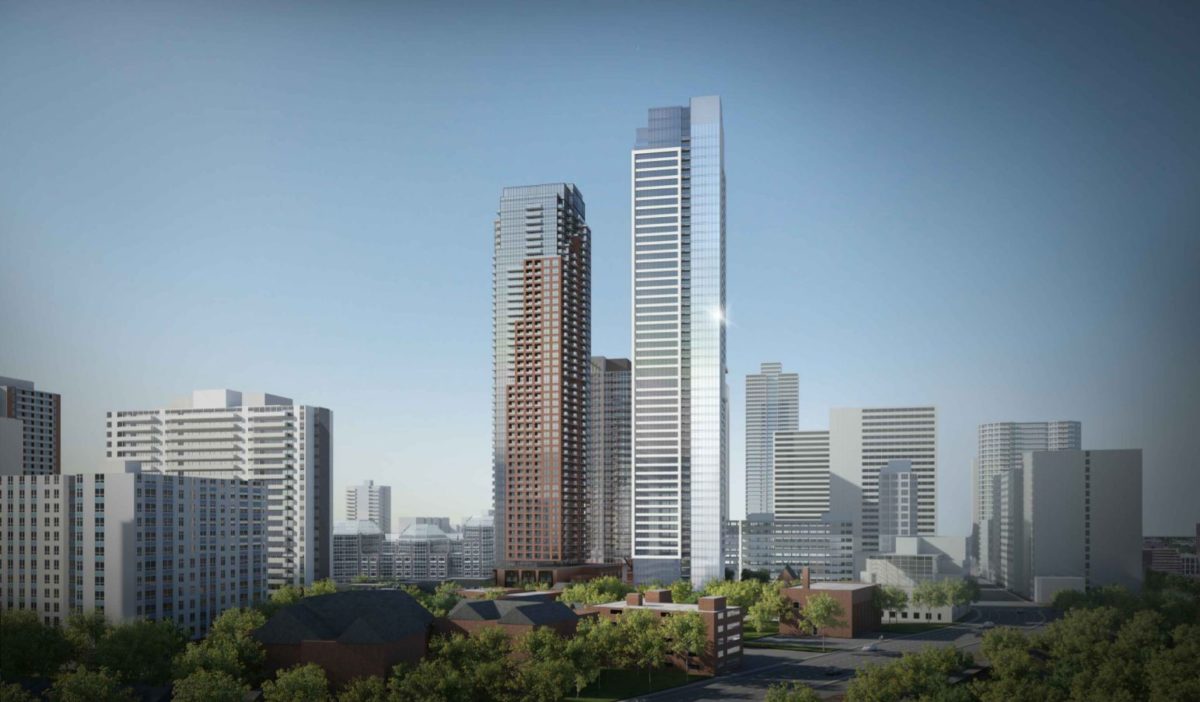 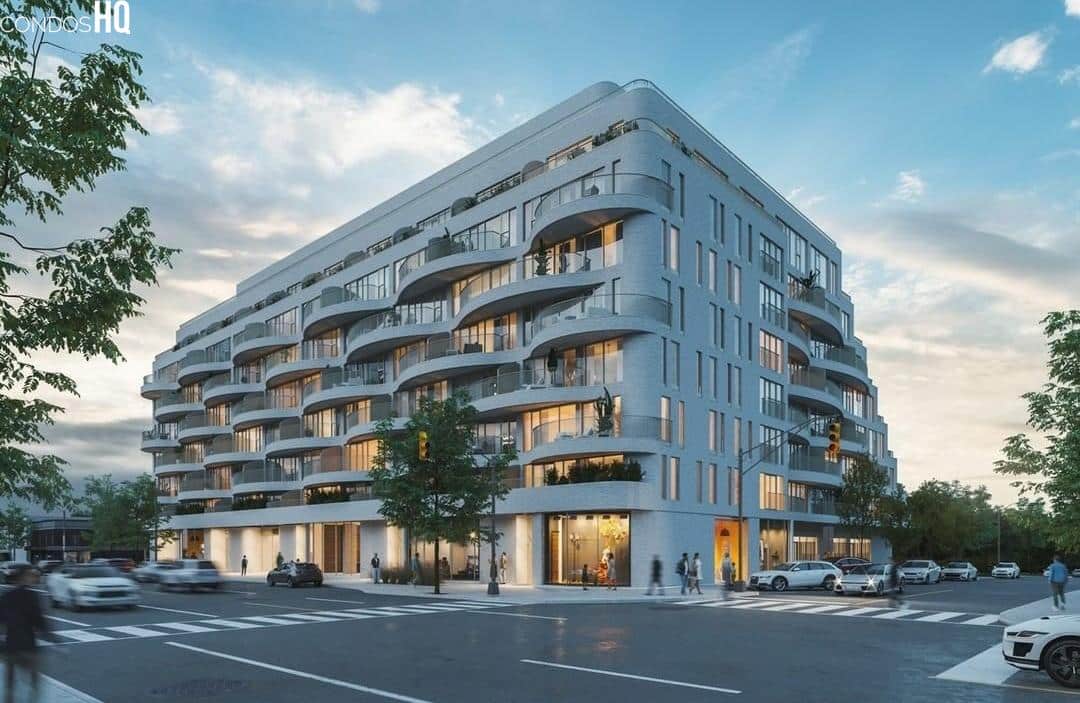 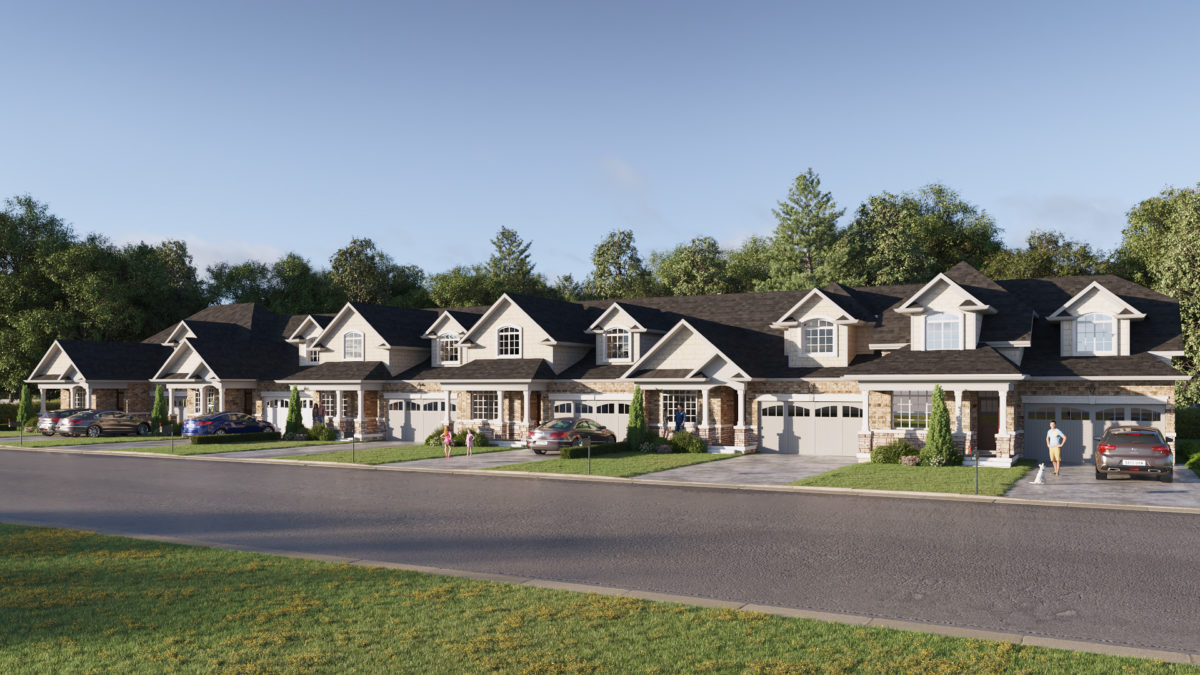 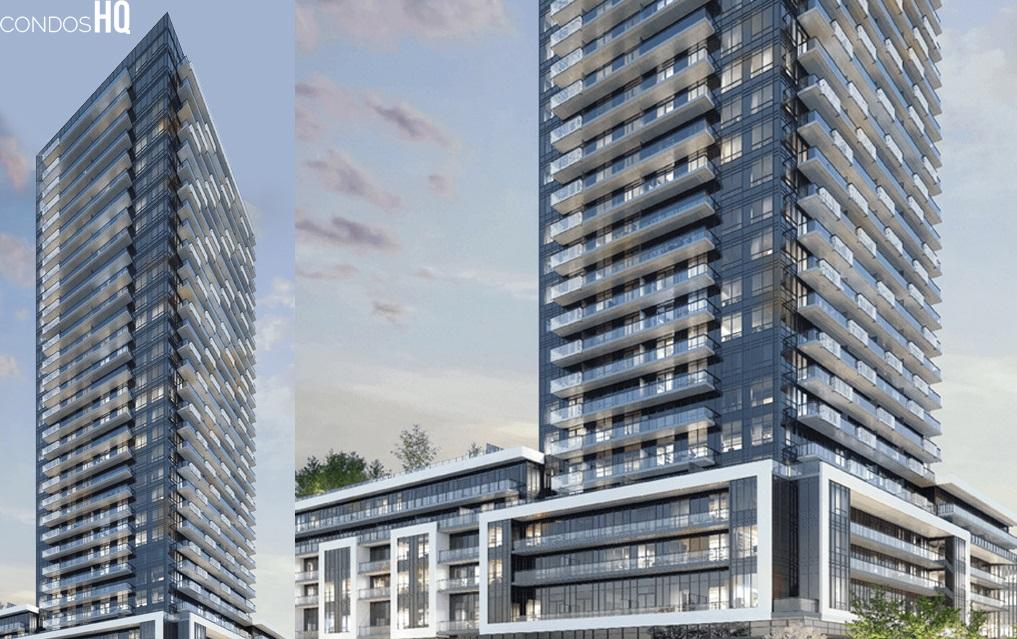 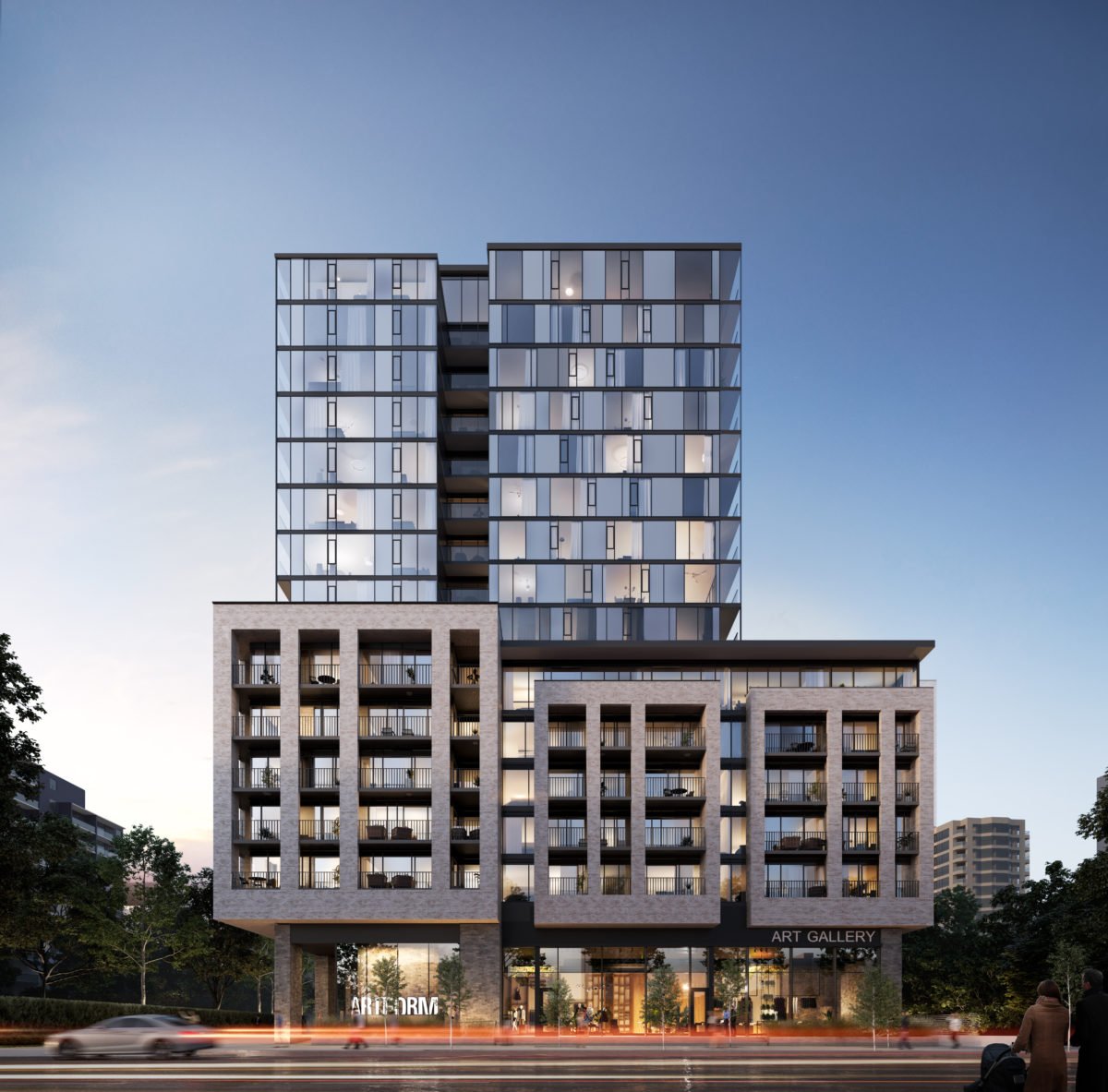 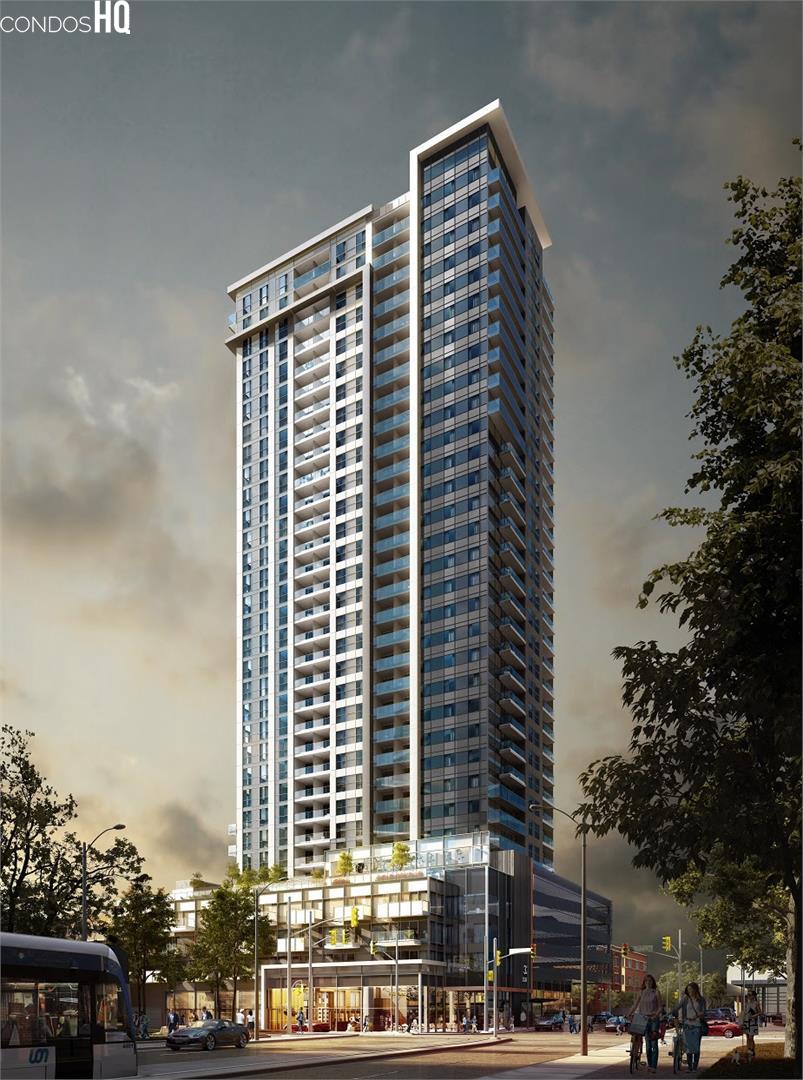